Welcome to the Brain Dead Press 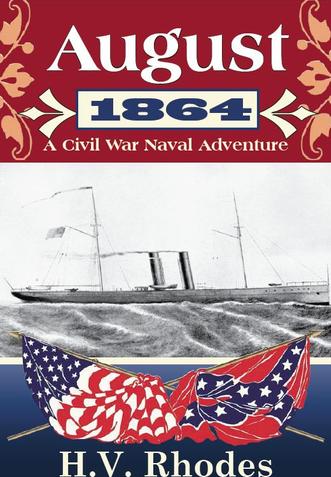 August 1864
A Civil War Naval Adventure
Based on a True Story!

There is a true story of maritime audacity that has never before received proper treatment. Toward the end of the Civil War, the Confederate Navy deployed the fast cruiser Tallahassee to threaten the Northeast Coast of the United States. H.V. Rhodes bases this thrilling novel on the story of her voyage, the men who served aboard the Tallahassee, and some of the northern sailors who hunted her down. Many of those U.S. Navy sailors were African-American and were waging their own struggle for their right to be full citizens.

In Washington, a beleaguered Lincoln administration faces the possibility of a failed war effort and a probable defeat in the coming national election. At the same time, the leaders of the Confederate government desperately seek victory in their struggle for their nation’s survival. Thus, while directing events at sea and on the battlefield, political leaders are driven by events beyond their control and while confronting a restive public. The success or failure of the raid would have an impact on the public perception—both North and South—regarding the overall progress of the war.

August 1864 captures the all the excitement and drama of the hunt and places it in the historical context of those times.

Buy this Book
From the Publisher:  The Write Thought  or  Amazon or  Barnes & Noble